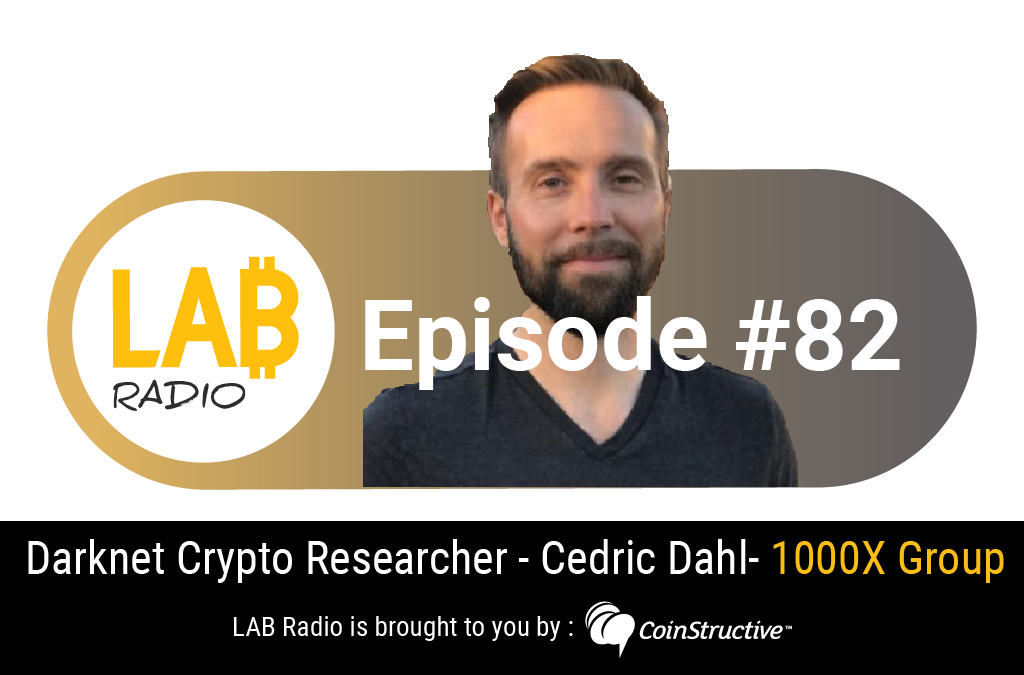 The Darknet is powered by cryptocurrency. On episode 82 of LAB Radio we speak with Cedric Dahl of 1000X Group about this controversial place. Most people have heard of the Darknet, but know what really goes on or how it operates. We dispel some myths and provide insight to why crypto is used predominantly on darknet markets.

Cedric, like most of us, shrugged off Bitcoin when first told by a friend. The only difference for most us the is when the clock first starts ticking. For Cedric it was 2010. By the time he became a believer, he was farther ahead of the game than most.

His first fascination was when he was told that it was being used on the Darknet for drugs and other nefarious activities. His shock came from realizing the power of a non-state controlled medium of exchange. Power to the people.

The money use case was interesting, but after the Silk Road trial it was obvious that Bitcoin was not nearly as anonymous as we all thought. So why are the majority of Darknet markets still using Bitcoin?

Bitcoin is still the predominant currency used for these markets because its ease to acquire, ease of sending and inability to stop two people from transacting. The casual user is not worried about being traced to Darknet markets, but operators are.

Governments use the Darknet too

How are they getting around this. Cedric believes the increased anonymity from tools like CoinJoins plays a part. A CoinJoin is the Mixers and Tumblers advanced and distant cousin. Mixers were the first tools people had to combat the deanonymizing blockhain forensics companies. They are simple software that takes bitcoin and breaks it into small pieces, shuffling it around through other transactions and mixing it with other people’s bitcoins in hopes of causing ambiguity.

There is a lot of good information in this podcast. If you’re in Law Enforcement or other types research, they offer a report. You can follow the link to sign up in the section below. Their insights are pretty amazing.