On this LAB Radio, episode Aaron Mangal and Chris Groshong talk security, the Internet and origin story of how MetaCert built the biggest Cyber Threat Intelligence Database and helps protect users from malicious links with CEO and founder, Paul Walsh. 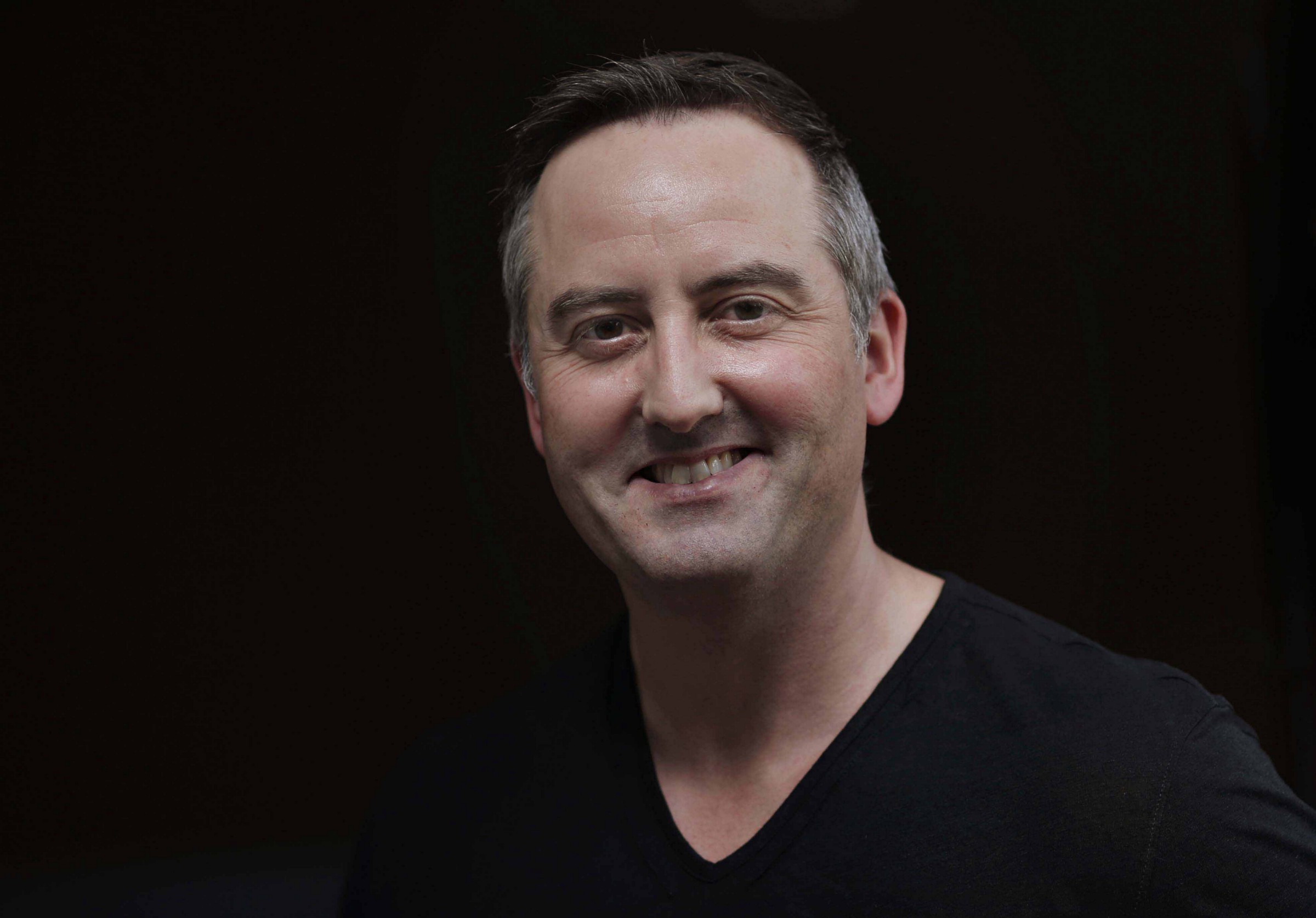 Paul is an early web pioneer in security and safety for users having helped create projects like the W3C Mobile Web Initiative who’s mission includes “ensuring that the Web be available on as many kind of devices as possible”. He also helped create standards and classifications for Uniform Resource Locations (URLs) as a part of his work at the W3C organization.

I was part of the team that helped to launch technologies such as AIM, Internet Radio, Online Games and X2 56K Modem Protocol while working at AOL during the 90’s.

I co-instigated the creation of the W3C Standard for URL Classification/Content Labeling and I’m one of the seven original Founders of the W3C Mobile Web Initiative. I also own a full patent for Malware and Phishing detection and prevention inside a mobile app WebView with more pending.

I own an Indian restaurant in Ireland – Michelin Star for 10+ years.

This new broad access of the web we are seeing today has brought new challenges such as malicious individuals who seek to steal peoples data and even worse Cryptocurrency and the value within.

The MetaCert team began by providing authenticity and monitoring of social media channels like Telegram and Slack which has a wave of malicious bot attacks on users, encouraging them to click on compromised links and put their sensitive data into fake websites which ultimately leads to theft. 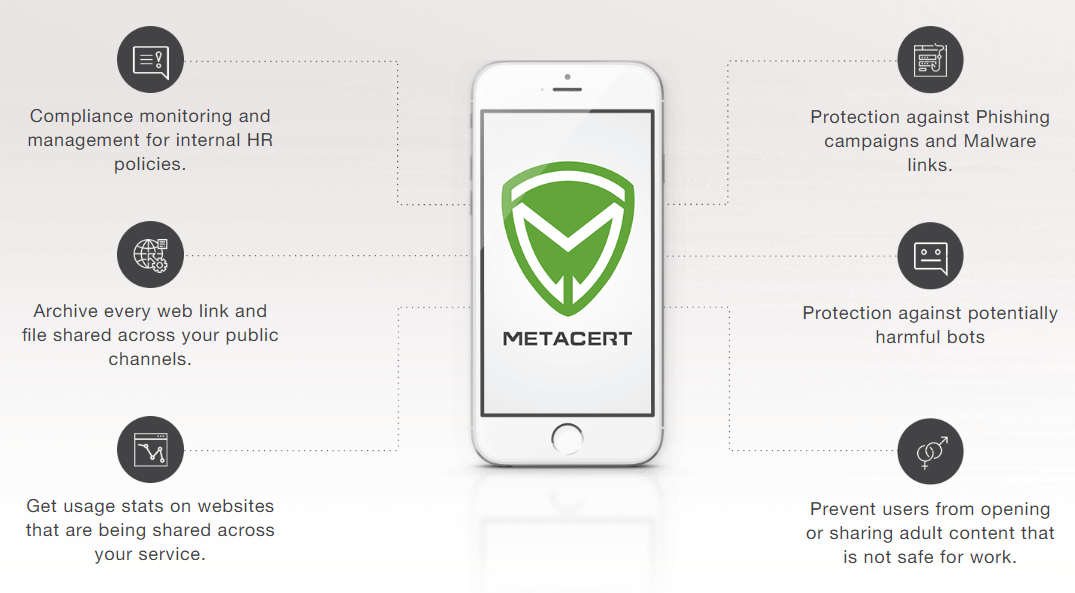 MetaCert has a patented enterprise-grade security API which can lookup over 2,000 shortening services and check it against a massive database of 10 billion classified URLs across 65 categories in a fraction of a second. 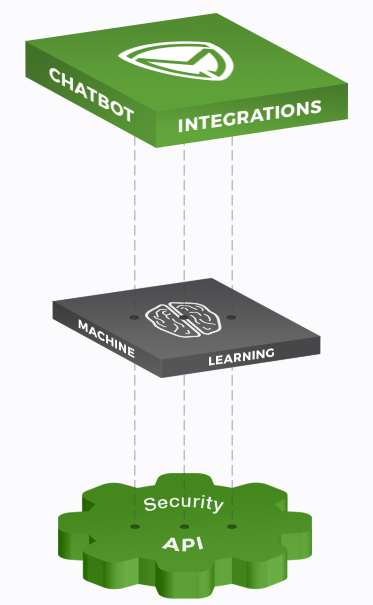 MetaCert boasts the biggest threat intelligence system on the planet. The second to them is OpenDNS (run by Cisco) which has classified 2 million domains across 60 categories.

One of the reasons for building its own threat intelligence system was to prevent false positives (which is a problem with current solutions on the market automatically blocking too many innocent sites).

MetaCert recently released a beta of their email security solution which helps verify the safety of links: 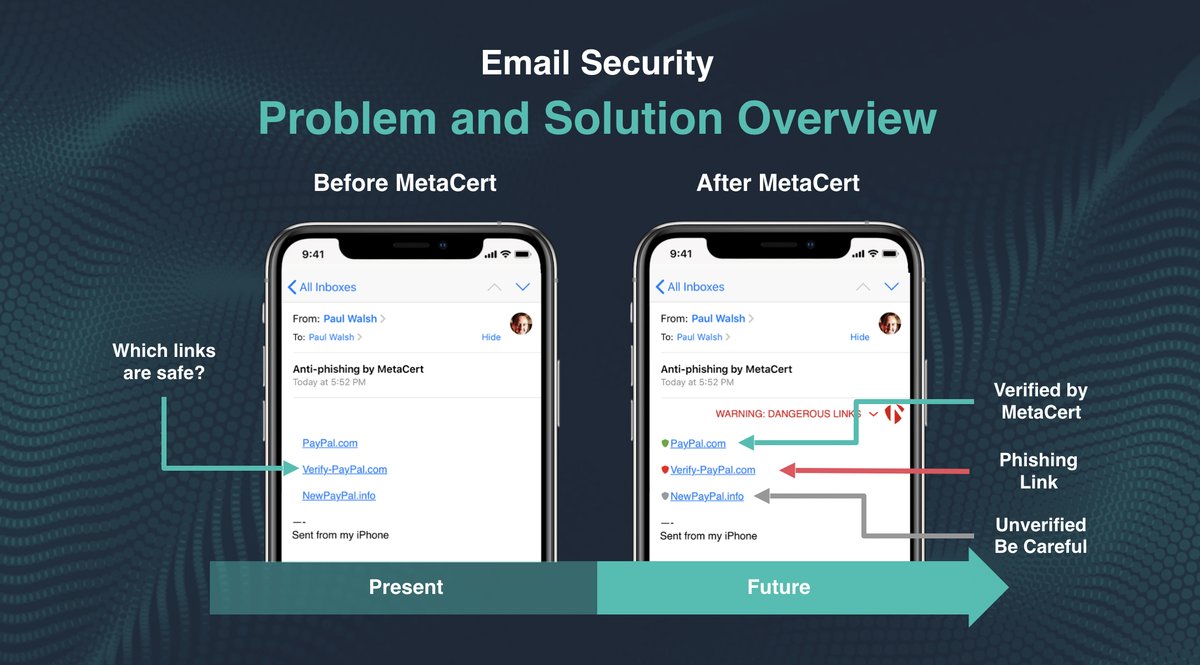 Paul interviewed on an episode of Ledger Cast: