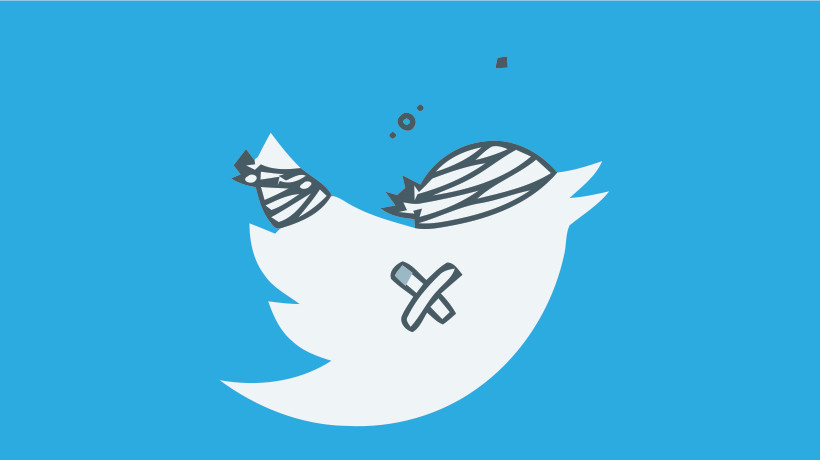 What is Twitter doing wrong? I think they’re not embracing the crypto community. I would say, today, the majority of the people that I speak with about crypto & blockchain have a Twitter account, use Twitter on a daily basis and do outreach and community engagement through the Twitter platform. Now that Facebook and Google have both started allowing advertisements in the crypto space again Twitter needs to jump on the bandwagon. It should also be offering special services catering to the blockchain & crypto community.

You don’t have to have to be a genius to come up with ways for people to engage on your platform. Companies borrow and implement ideas from other companies that seem to be working really well. The last big example is Instagram taking Snapchat’s idea and implementing it into their application. Now that Facebook owns Instagram, which most people still don’t realize, who’s really coming up with new ideas?  They’re all just borrowing from each other, like the entertainment industry has been doing for decades. Now that Twitter has been turning a profit the last few quarters and they’ve probably exhausted all possible accounting tweaks, perhaps Twitter needs to start thinking about themselves more as a social Community platform. Try adding some functionality like in Telegram or Slack and charge companies for that service.

Yesterday on Bloomberg, I saw Barrick Gold ran into some 2nd quarter issues, coupled with the dropping price of gold meant the company stock price is falling. This morning I read Exxon Mobil quarterly profits jump 18% on higher oil prices, so in essence production went down by 7% or 3.6 million barrels yet the quarterly profit is up 18% due to the price of crude.

I want to point out the similarities between these two situations and companies who are issuing tokens. In this new token economy the valuation of a company is directly tied to it’s token value. I fail to see much of a difference when a company’s stock prices rise and fall on the back of a  commodity and one who’s value rises and falls on the price of a token. There is manipulation in both markets, so we can rule that out. The concept behind one being physical, thus requiring more work and one being digital also doesn’t hold water either. Anyone who used both Myspace and Facebook knows it takes a lot of work to build an online stable community. Facebook is getting pounded this week as well and public perception may have been a part of it. Their overall user numbers are down too, which also didn’t bode well for the stock. The fact of the matter is a token driven company valuation is not that far off from a stock & commodity based company like Barrick, Exxon Mobil, or even Dole.

Tokens are not true commodities in the sense of the definition, but they’re not really stocks or securities either. The curmudgeons deciding the fate of which token is a security and which token is not, is ridiculous. They are trying to hold on to the past while actually destroying the future. They need to get their grandchildren, nieces or nephews, or general person 20 or more years their younger to explain to them how they view these tokens and where they see the future. Keep an open mind, then define them for what they are, not for what you’re trying to make them into. Holding onto the past is the only inevitable way to make sure the future will not be what you expect.